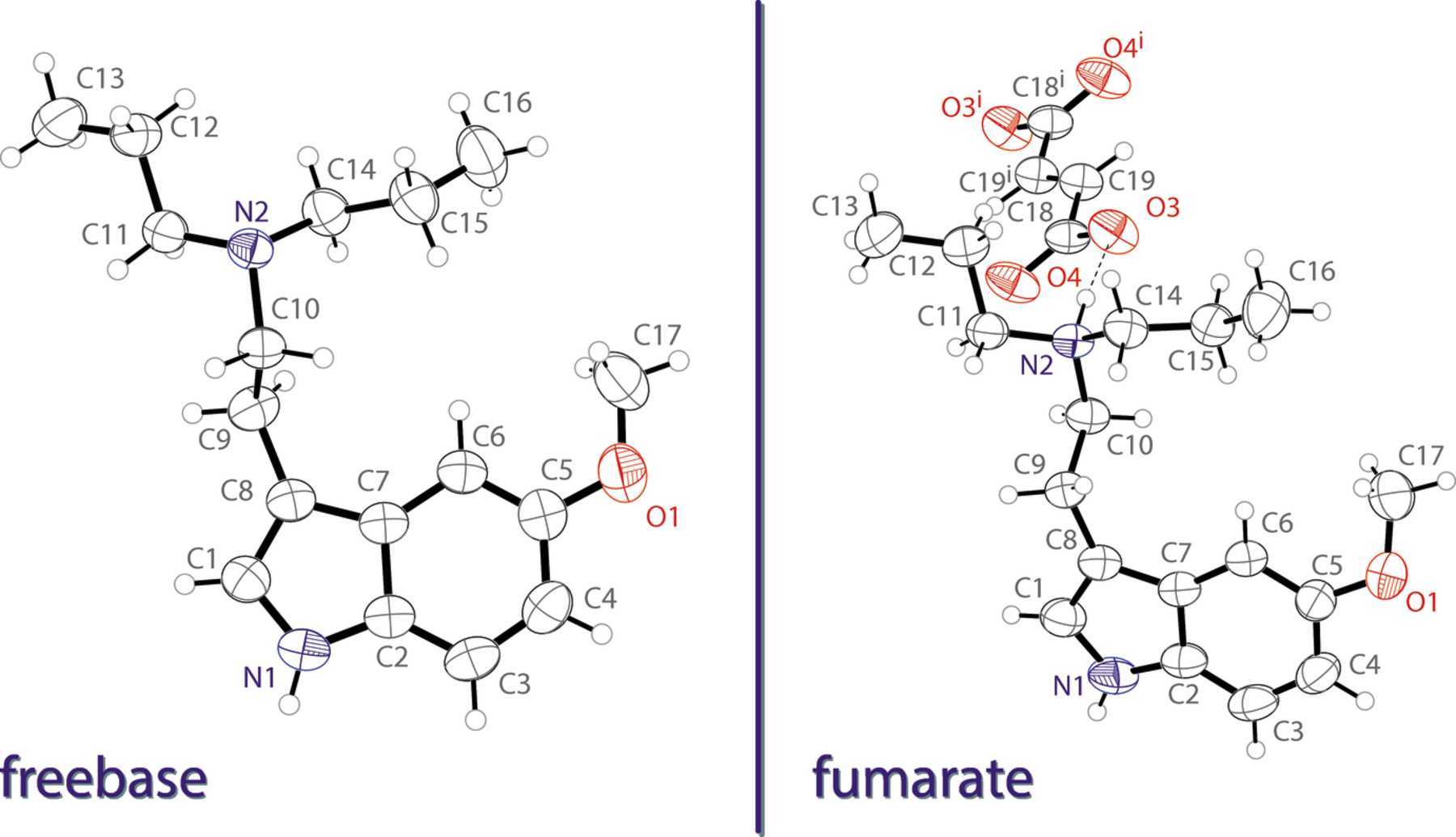 Today, CaaMTech reported another step forward towards the next generation of 5-MeO-DMT inspired analogs. CaaMTech scientists reported the crystallization and structural characterization of 5-MeO-DPT (5-methoxy-N,N-Dipropyltryptamine) in their latest peer-reviewed scientific publication, “5-Methoxy-N,N-di-n-propyltryptamine (5-MeO-DPT): freebase and fumarate.” The work represents another step forward towards creating orally active alternatives to 5-MeO-DMT.

5-MeO-DPT is a psychedelic synthetic tryptamine compound that is structurally related to 5-MeO-DMT. Often referred to as the “God molecule”, 5-MeO-DMT is the most widely known psychoactive compound found in venom secreted by the Bufo alvarius toad. Recent studies have shown tremendous potential for molecules like 5-MeO-DMT to treat psychological disorders, such as depression. Numerous companies have begun work on 5-MeO-DMT based therapeutics, including GH Research which announced today the closing of a $125 Million Series B financing round for its inhalation-based and injectable 5-MeO-DMT products.

However, the therapeutic potential of 5-MeO-DMT itself is limited by its lack of oral activity: the drug must be vaporized and inhaled to produce psychedelic effects.  Conversely, anecdotal reports universally agree that oral consumption of 5-MeO-DPT produces an intense psychedelic experience. 5-MeO-DPT joins “Foxtrot” and other 5-MeO-DMT analogs in CaaMTech’s library of orally active 5-MeO-DMT alternatives.

CaaMTech’s extensive library of 5-MeO-DMT analogs uniquely positions its researchers to compare myriad combinations of structural differences between the compounds. This capability is critical for the optimization of numerous drug properties beyond oral activity through the investigation of structure-activity relationships (SARs).  Structure-activity relationships are the correlations between differences in chemical structure and biological effects.  Duration of action is another important effect that CaaMTech is optimizing; for example, 5-MeO-DPT has a duration of action of less than 4 hours in humans when administered orally.

“CaaMTech is improving upon drugs found in nature and adapting them for the requirements of the clinic,” explained CaaMTech CEO, Dr. Andrew Chadeayne. “By crystallographically characterizing derivatives of naturally occurring tryptamines such as 5-MeO-DMT and advancing them through pre-clinical testing, we are scientifically mapping the relationships between changes in chemical structure and effects.”

CaaMTech scientists at the Manke Lab at UMass Dartmouth developed crystallization methods for each of the compounds and determined their crystal structures using X-ray crystallography.  After crystallographically characterizing and confirming the purity of 5-MeO-DPT and its fumarate salt, CaaMTech advanced the compounds into pre-clinical biological studies at the National Institute on Drug Abuse (NIDA) Designer Drug Research Unit (DDRU) where biological research is already underway.