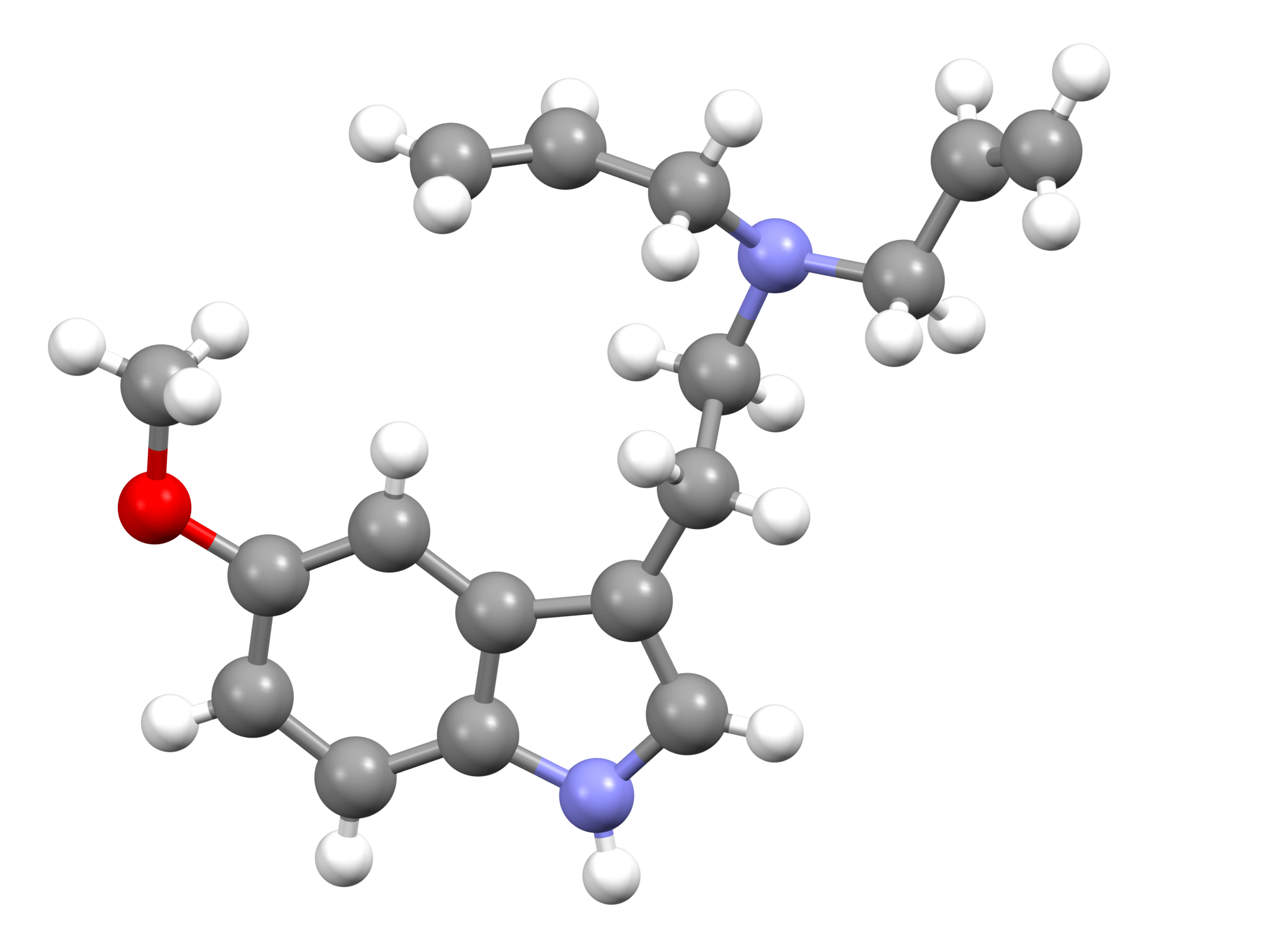 CaaMTech researchers have synthesized and structurally characterized crystalline 5-MeO-DALT freebase (5-methoxy-diallyltryptamine, N-allyl-N-[2-(5-methoxy-1H-indol-3-yl)ethyl] prop-2-en-1-amine) for the very first time. The research was published in Acta Crystallographica under the title “5-MeO-DALT: the freebase of N,N-diallyl-5-meth­oxy­tryptamine” and was conducted in collaboration with researchers at the University of Massachusetts Dartmouth.

5-MeO-DALT, colloquially known as “Foxtrot”, is a psychoactive tryptamine compound. It is a structural analog of 5-MeO-DMT, which is often referred to as the “God molecule” and is the most widely known psychoactive compound found in psychedelic toad secretions. Structurally, 5-MeO-DALT differs from 5-MeO-DMT by substituting both of 5-MeO-DMT’s methyl groups with allyl groups.

“Although these seem like minor changes to the structural formula, they result in substantial changes in the compound’s pharmacology,” commented Dr. Andrew Chadeayne, CaaMTech CEO and lead author on the paper. “We were interested in studying 5-MeO-DALT because it combines oral activity, a rapid onset time, and a short duration of action.”

5-MeO-DALT is reported to be orally active unlike its close structural analog 5-MeO-DMT, which is not orally active and is typically inhaled. 5-MeO-DALT also has an unusually rapid onset time and duration of action for an orally administered psychedelic compound. The compound’s psychoactive properties are believed to arise from its activity at serotonin receptors, particularly 5-HT1A, 5-HT1D, 5-HT2B, 5-HT6, and 5-HT7, and 5-HT2A (the serotonin receptor primarily implicated in the psychedelic experience). Although formal clinical studies on 5-MeO-DALT have not yet been conducted, anecdotal reports about “Foxtrot” (5-MeO-DALT) indicate that within 15-30 minutes of oral administration it produces effects akin to other classic psychedelics.

CaaMTech’s synthesis of crystalline 5-MeO-DALT represents another step toward improving the scientific community’s fundamental chemical understanding of natural and synthetic psychedelic tryptamines. As these tryptamine compounds become more relevant to treating mood disorders, it will be important for researchers to have access to analytically pure, well-characterized compounds. By synthesizing pure crystalline compounds and conducting fundamental research about their properties, CaaMTech hopes to facilitate downstream research into the potential of these compounds.

“Although some of these compounds have been available on the grey market for over a decade, they have not been rigorously characterized, which is necessary for understanding their potential as pharmaceutical products,.” said Dr. Chadeayne. “Previous reports of 5-MeO-DALT describe the freebase as a residue of brown solids, which suggest that it contained unknown impurities.  We have isolated this compound as clear, colorless crystals in virtually 100% purity.”