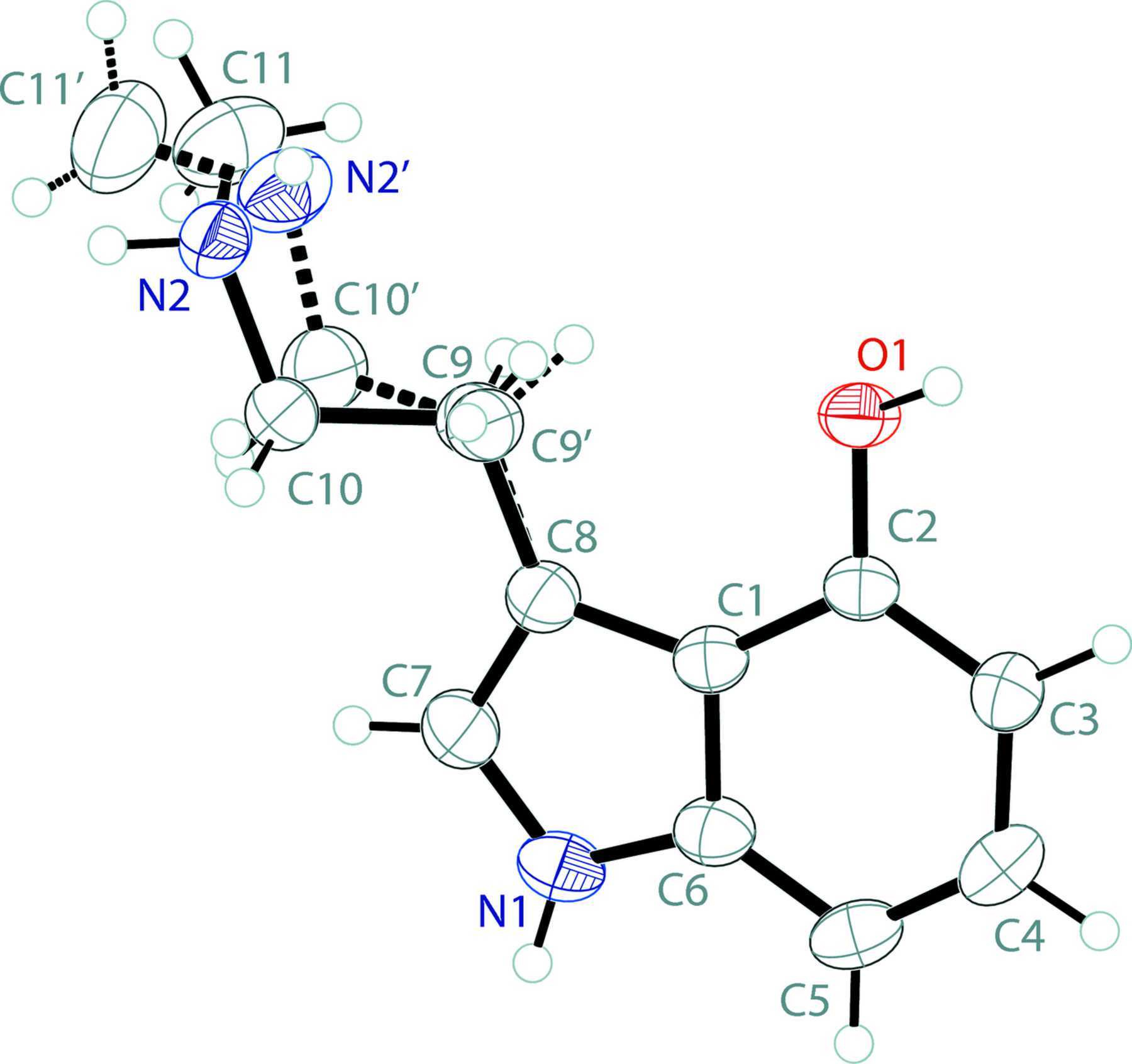 CaaMTech researchers have synthesized two new crystalline forms of the tryptamine norpsilocin. The research, a collaboration with researchers at the University of Massachusetts Dartmouth, was published in Acta Crystallographica under the title “Norpsilocin: freebase and fumarate salt.”  This work represents the first crystallization and solid state structural characterization of norpsilocin and the first synthesis and characterization of a norpsilocin salt.

Norpsilocin is a naturally occurring tryptamine compound in psychedelic “magic mushrooms.” It was first identified in 2017 by researchers at the Hans-Knöll Institute in Jena, Germany. Norpsilocin is the active metabolite of baeocystin, another compound naturally present in psilocybin mushrooms.  Recent pharmacological studies have demonstrated that norpsilocin is “as potent if not more efficacious compared to psilocin” at human and mouse 5-HT2A receptors in vitro. Despite this activity, administering baeocystin/norpsilion to laboratory animals did not invoke a head twitch response (“HTR”), which traditionally correlates with a “psychedelic” experience.

There is no scientific consensus regarding the clinical pharmacology of baeocystin and norpsilocin, or their potential contribution to an “entourage effect” in the consumption of psychedelic mushrooms. Scientific leaders in the field attribute this lack of understanding to a longstanding unmet need for pure forms of these compounds.

The therapeutic potential of baeocystin (and it’s active metabolite, norpsilocin) is highly contested: Some experts contend that baeocystin and/or norpsilocin are deadly toxins. Others believe that these compounds could provide therapeutic benefits (e.g., treating anxiety, depression, PTSD, or addiction) without inducing a psychedelic “trip.”

“Now that we have access to analytically pure chemicals, we can test their properties in a meaningful way,” explained Dr. Andrew Chadeayne, CaaMTech CEO and co-author on the paper. “CaaMTech’s work represents a step forward towards resolving the ongoing scientific debate about these compounds.”

In addition to facilitating research on norpsilocin, CaaMTech hopes that increasing access to pure norpsilocin will lead to a better understanding of the overall pharmacology of psychedelic “magic mushrooms.” Until recently, the pharmacology of these mushrooms was attributed entirely to a single compound: psilocybin. But, recent evidence suggests that the other compounds may be important to the consumer experience.

“I think it’s pretty clear that the minor components in magic mushrooms contribute to the overall experience,” explains Dr. Chadeayne. “Different magic mushrooms have different amounts of different compounds. And now we know that some of those compounds are highly active.  From a chemical standpoint, we’re talking about different drugs.”