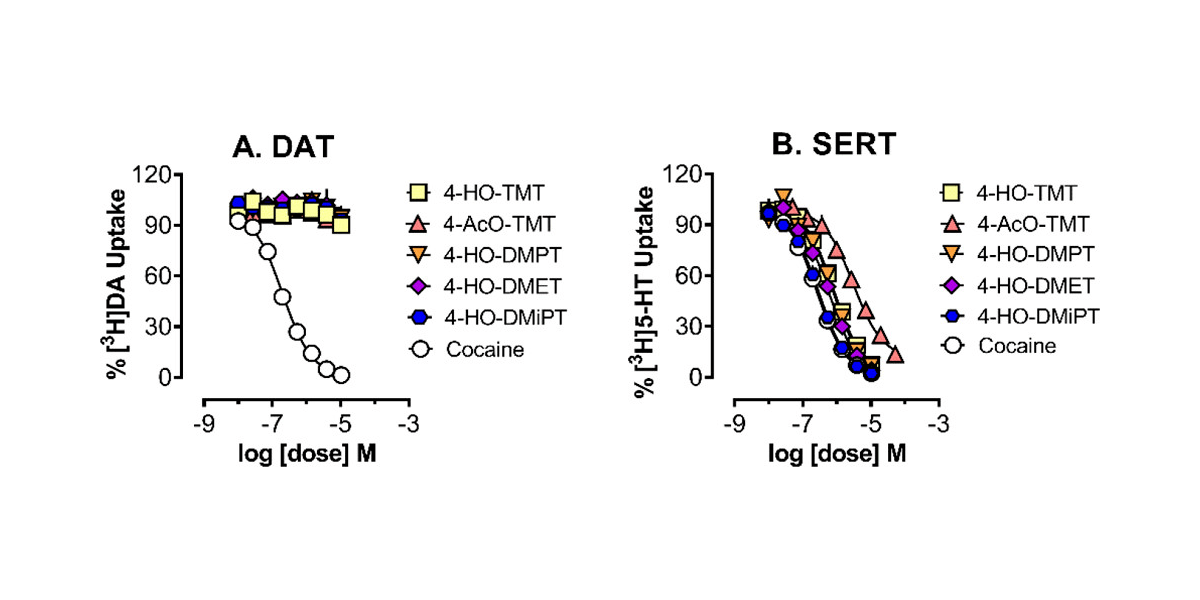 CaaMTech’s latest research broadens the scientific understanding of aeruginascin and 4-HO-TMT by comparing a series of structurally similar compounds, i.e. quaternary tryptammonium compounds, aka “quats,” in an effort to develop a structure activity relationship.  The current publication illustrates how small modifications in the chemical structure of these compounds correlate with significant changes in pharmacology.

In the paper, CaaMTech scientists report the synthesis and crystallographic characterization of three quaternary tryptammonium compounds similar in structure to naturally occurring 4-HO-TMT: 4-HO-DMET, 4-HO-DMPT, and 4-HO-DMiPT.  The researchers further reported the design, synthesis, and chemical characterization of novel prodrugs for each: 4-AcO-DMET, 4-AcO-DMPT, and 4-AcO-DMiPT, respectively.  The researchers then screened the compounds for in vitro pharmacological activity at 46 receptors and transporters. For each compound having substantial binding affinity at a particular receptor, further functional assays were conducted for purposes of measuring agonist potency at 5-HT1D and 5-HT2B, as well as uptake inhibition potency at DAT and SERT receptors.

“Two years ago, no one appreciated that aeruginascin was present in magic mushrooms,” explained CaaMTech CEO, Dr. Andrew Chadeayne. “Since then, we’ve found it in the most widespread species [Psilocybe cubensis], highlighting the importance of its pharmacology–and how it might modulate the pharmacology of psilocybin.”