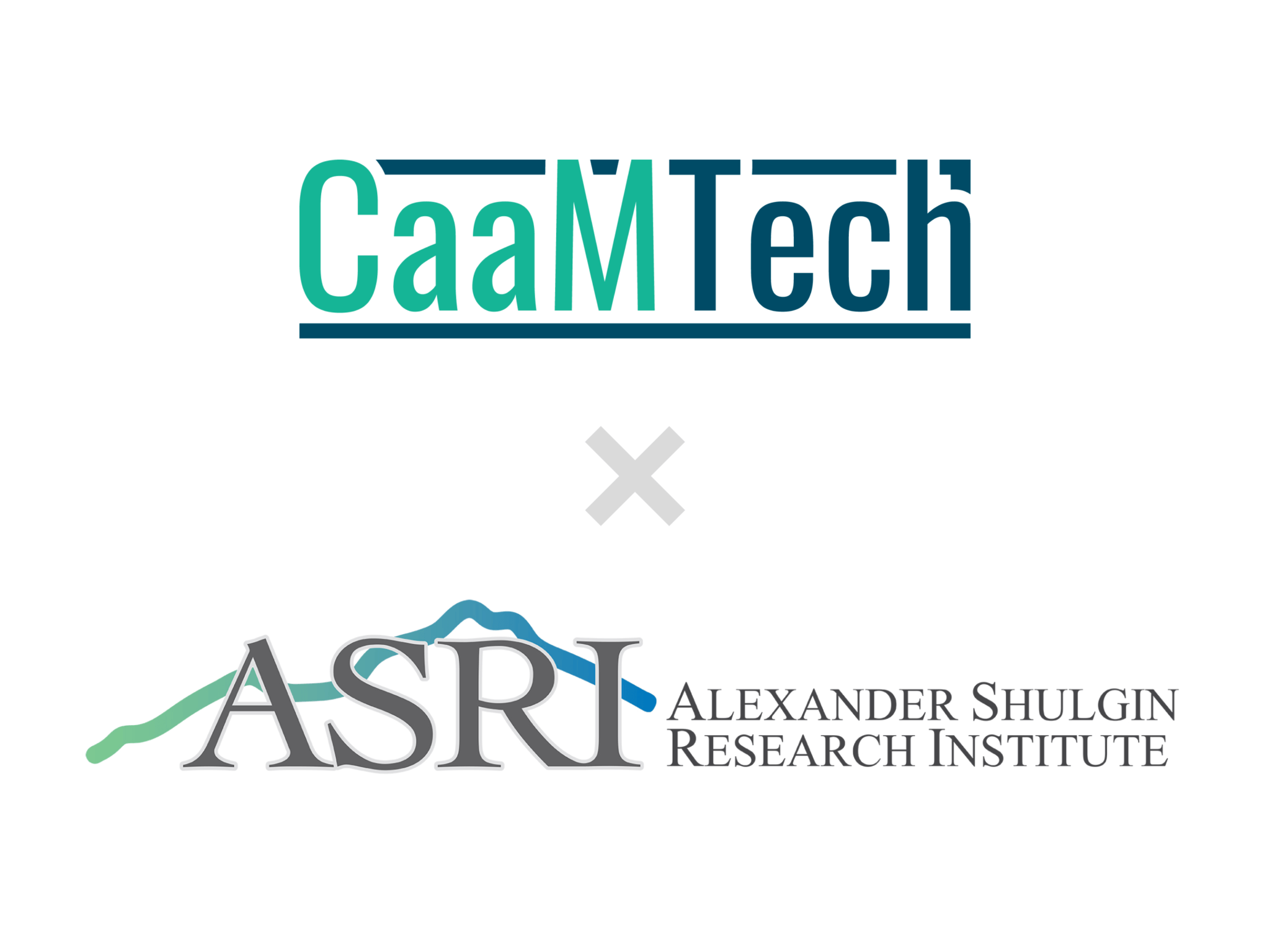 ASRI is a psychedelics discovery, development, and educational organization dedicated to continuing and extending the work of Dr. Alexander “Sasha” Shulgin.  Known as “the Godfather of psychedelics,” Dr. Shulgin was a biochemist and pharmacologist known for his documented synthesis – and personal testing – of hundreds of novel psychoactive compounds. Alongside his wife Ann, Dr. Shulgin published “PiHKAL: A Chemical Love Story” in 1991 and “TiHKAL: The Continuation” in 1997 (Phenethylamines and Tryptamines I Have Known and Loved, respectively) documenting his synthesis and testing of novel psychedelics. Dr. Shulgin’s groundbreaking research into novel psychoactive compounds was foundational to psychedelic chemistry and the CaamTech-ASRI research collaboration is a continuation of that legacy.

Several hundred compounds, collectively known as the Shulgin Vault, were created by Dr. Shulgin at his famed laboratory in Lafayette, California. Many of these compounds have not yet been characterized and some may have therapeutic value, although their effects remain unknown. As a first step, compounds will be transferred to CaaMTech to be crystallized and analyzed using X-ray crystallography to determine their crystal structures.

“We are excited to discover what surprises Dr. Shulgin has left behind for us,” said Dr. Nicholas Cozzi, President and Co-Founder of ASRI. “We anticipate that some of these compounds will eventually be evaluated in humans for possible therapeutic benefits, while others may be useful as tools to deepen our understanding of neuropharmacology, brain function, and consciousness itself.”

Dr. Shulgin was able to design, synthesize, and test hundreds of compounds in his lab in Lafayette, California, but he did not have the benefit of modern equipment, such as X-ray diffractometers. Since that time, X-ray crystallography has become the gold standard of chemical characterization.  Compounds supplied by ASRI to CaaMTech under the agreement will be transferred to the Manke Lab at UMass Dartmouth where they will be purified to yield single crystals.  The compounds will then undergo X-ray powder diffraction analysis to determine their crystal structures so that future research can be conducted with rigorously pure, well-characterized molecules.

“It is an honor for us to carry on Dr. Alexander Shulgin’s legacy,” said Dr. Andrew Chadeayne, CEO of CaaMTech. “The current state of this industry is possible only because we’re standing on the shoulders of giants such as Alexander Shulgin.”