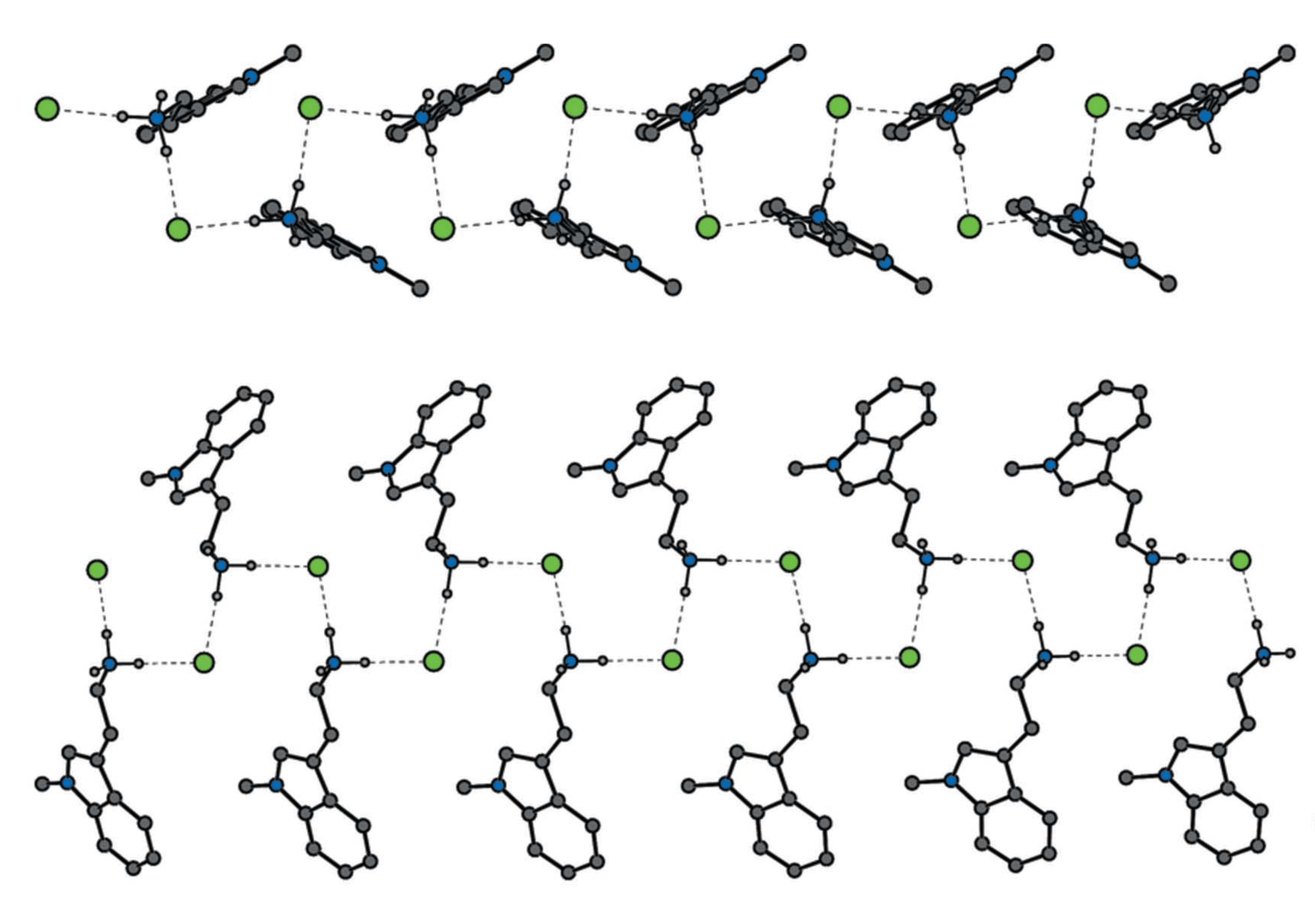 CaaMTech scientists are delving deeper into the foundational chemical mysteries of the body’s biological functions with their latest paper, “The crystalline forms of nine hydrochloride salts of substituted tryptamines.”1  The peer-reviewed academic research paper, published in Acta Crystallographica Section C (Structural Chemistry), is yet another advancement in the fundamental chemistry of tryptamines resulting from CaaMTech’s collaboration with Dr. David R. Manke’s laboratory at the University of Massachusetts Dartmouth.

The publication notes the importance of tryptamine-based pharmaceuticals and highlights the rapidly growing interest in psychedelic tryptamines.  Despite the growing interest in a handful of psychedelic tryptamines (psilocybin, psilocin, 5-MeO-DMT, DMT, etc.), there has been relatively little work making structural analogs, salts, solvates, and crystalline forms of these compounds.  The authors address this point in the paper:

“…understanding the structure–activity relationship of the substitution on the indole ring (as well as with nitrogen alkylation) is going to be critical to understand activity and in the design of improved pharmaceuticals. To this end, we sought to obtain the structural data for nine substituted tryptamines.”

Figure 1 (above) illustrates ten positions at which tryptamines can be modified to create structural analogs.  Since 2016, CaaMTech has worked on first making compounds within the above genus and then correlating structural variations between those compounds with changes in a compound’s properties.

For example, removing one of the methyl groups from psilocin at R1, R2, or R3 results in norpsilocin. Unlike psilocin, norpsilocin does not elicit a head twitch response (HTR) when administered to mice, suggesting that this one structural modification eliminates the compound’s “psychedelic” properties.  Understanding how these and other structural variations can be used to create particular pharmacological properties requires comparing many pure, well-characterized compounds.

“I’m really proud of this publication because it illustrates CaaMTech’s work in modifying each of the different positions around the tryptamine core,” explains CaaMTech CEO, Dr. Andrew Chadeayne. “With more compounds, we can make more comparisons, and better decisions.”

The paper illustrates tryptamine analogs (Figure 2, below) with modifications at five different positions: R5, R6, R7, R8, R9, and R10 in Figure 1. Previous work has exhaustively evaluated variations to the other positions.  To allow for direct comparisons between the compounds without needing to account for potential differences between salt forms, the nine structures published in the paper are all hydrochloride salts. Notably, the nine structures in the paper are also all primary amines, making them near analogs of serotonin (5-HT or 5-hydroxytryptamine), which is the neurotransmitter targeted by psychedelic drugs, many antidepressants (e.g. SSRIs), and migraine drugs.

“Given the importance of serotonin, the limited set of crystallographic data for compounds like these is surprising,” said Dr. David R. Manke, Professor at UMass Dartmouth and co-author of the paper. “We have come across several situations where solving the crystal structure reveals unexpected discrepancies in a compound’s molecular weight, which could introduce errors in biological studies.”