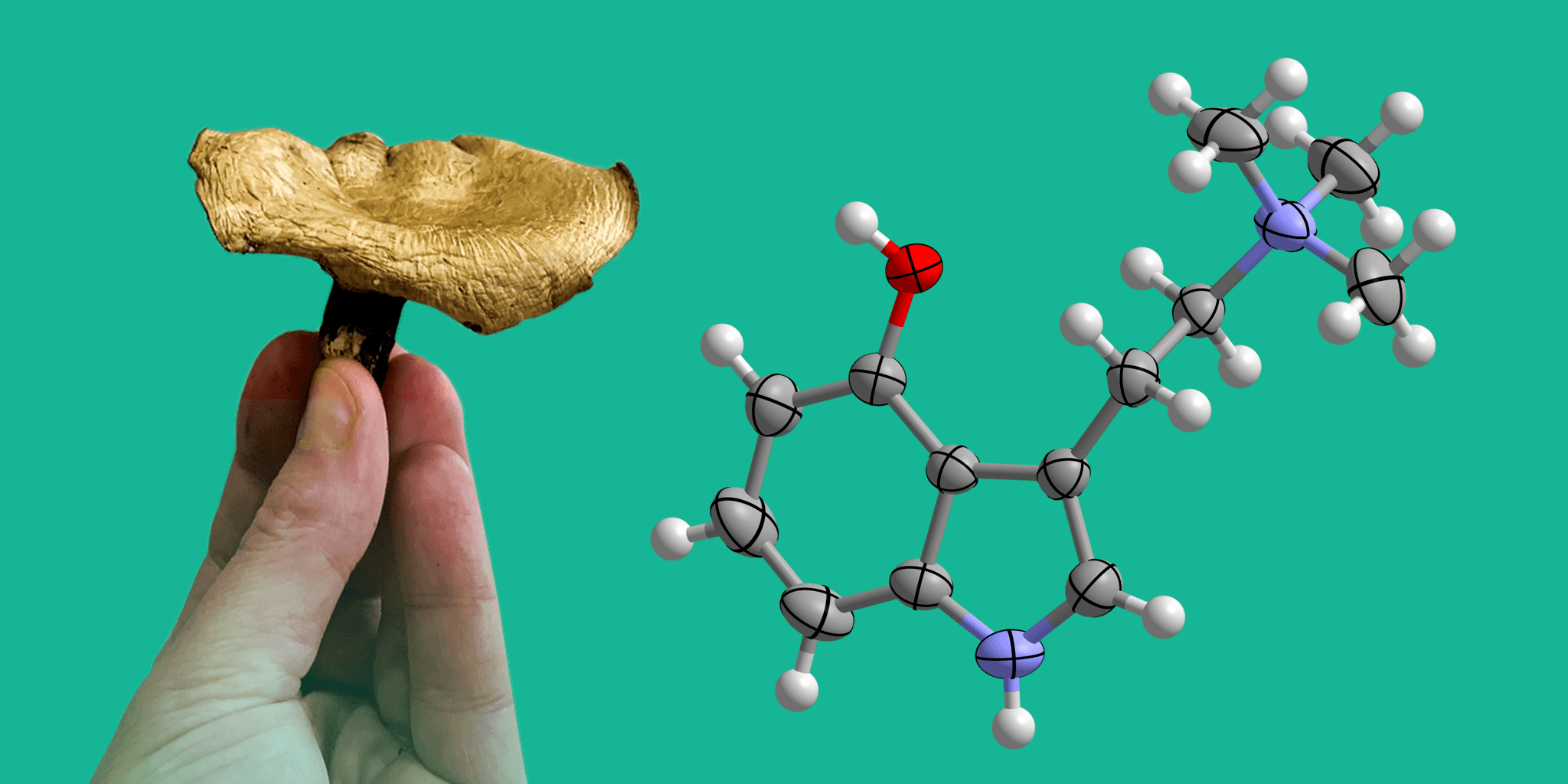 Interest in the use of psychedelic medicines to treat a long list of conditions (including depression, PTSD and many more) has been steadily on the rise. Science and popular discussion have primarily focused on a single molecule that is found naturally in a variety of species of fungi and is known to produce psychedelic effects: psilocybin. Species that produce psilocybin are colloquially referred to as “magic mushrooms” and have been used traditionally for thousands of years.

The same biological processes that produce psilocybin are responsible for the production of a number of other tryptamines. Some of these tryptamines are believed to be metabolized by the body into metabolites that are active at the same serotonin (5-HT) receptors as psilocybin’s active metabolite. These compounds have garnered little attention or scientific research, until now.

Aeruginascin (or N,N,N-trimethyl-4-phosphoryloxytryptamine) is one such lesser-known “magic mushroom” tryptamine. For the very first time, CaaMTech has synthesized Amphoria™, the suspected active metabolite of aeruginiscin. Little is known about this compound: Some experts implicate it as the cause of wood lover paralysis, while others have suggested it may be the key to a euphoric “magic mushroom” experience. CaaMTech’s synthesis of this compound represents a critical step towards understanding the effects of psilocybin mushrooms.

“Amphoria™ has been implicated in causing two profound clinical effects, euphoria and temporary paralysis” said Dr. Andrew Chadeayne, CEO of CaaMTech and lead author on the ACS Omega publication. “Scientists have attributed our general lack of understanding in this area to a lack of access to the relevant compounds. Our work facilitates research by filling this unmet need for analytically pure compounds.”

“Given the building momentum behind magic mushroom decriminalization and legalization, understanding all of the molecules in those mushrooms and their effects seems like a good idea,” concluded Dr. Chadeayne.