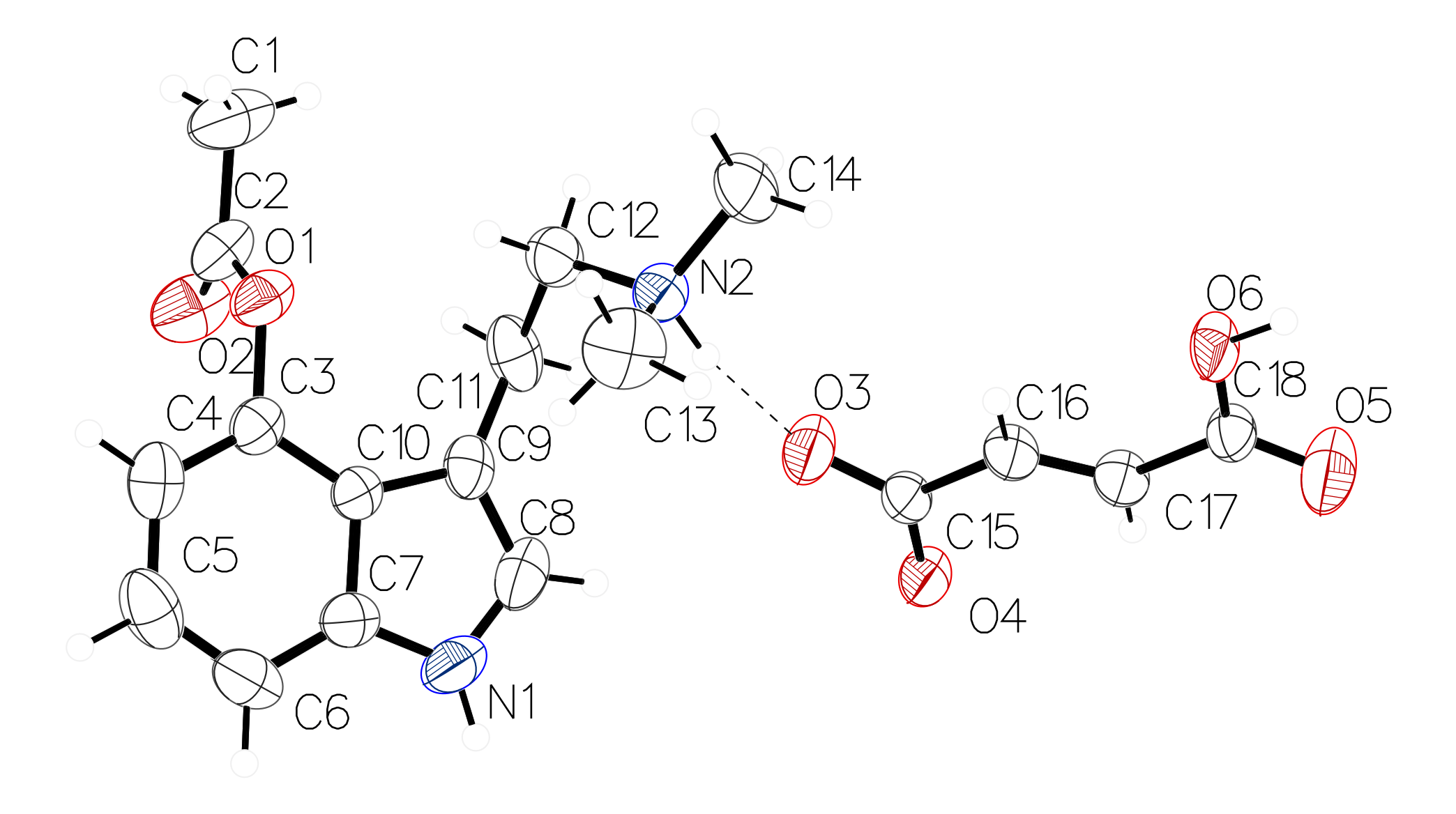 ISSAQUAH, WA – For the first time in history, researchers at CaaMTech, LLC have solved the crystal structure of psilacetin (4-AcO-DMT) fumarate, a prodrug of psilocin. Psilocin has recently received renewed interest as a treatment for a wide variety of psychological disorders, including depression, anxiety, addiction and post-traumatic stress disorder.  To this point, psilocin has primarily been clinically administered in the form of synthetic psilocybin, a naturally occurring psychoactive molecule found in “magic mushrooms.” When administered, both psilacetin and psilocybin are readily metabolized into psilocin, which is responsible for the resulting therapeutic benefits.

“Psilacetin is much more easily prepared than psilocybin,” potentially providing, “an economical alternative for clinicians wishing to study the psychopharmacology of psilocin,” according to Dr. David E. Nichols, the medicinal chemist and current Professor Emeritus of Pharmacology at Purdue University who first synthesized psilacetin. Though it is readily crystallized as the fumarate salt, scientific study of psilacetin has been limited.

“This is the first time that the scientific community has been able to look directly at this molecule,” said Dr. Andrew Chadeayne, president of CaaMTech. “This is really the first scientific proof that psilacetin exists. While previous work provided clues about psilacetin, now we know the structure definitively.”

Fundamental physical characterization is required to understand and develop any molecule. For psilacetin, this information is especially important for realizing its potential value as a pharmaceutical. Several companies including UK startup COMPASS Pathways are currently developing synthetic psilocybin as a commercial drug product. Psilacetin provides the same benefits as psilocybin and is more potent than psilocybin at only 1/100th of the cost.

“Getting the chance to work on the structure of psilacetin was a great opportunity,” explained Dr. David R. Manke, Associate Professor of Chemistry and Biochemistry at the University of Massachusetts Dartmouth.  “Given the medicinal and economic importance of psilacetin, it is surprising that the structure was not known.”

CaaMTech researchers used single-crystal X-ray crystallography to solve psilacetin’s  structure on a diffractometer funded through a grant from the National Science Foundation. According the American Chemical Society X-ray crystallography “is widely considered to be the gold standard for establishing the structures of crystalline solids.” Max von Laue, Walter Friedrich, and Paul Knipping discovered X-ray diffraction by crystals in April 1912, for which von Laue was awarded the 1914 Nobel Prize in Physics. Since then, twenty-eight Nobel Prizes have been awarded for discoveries in crystallography, more than any other scientific field.