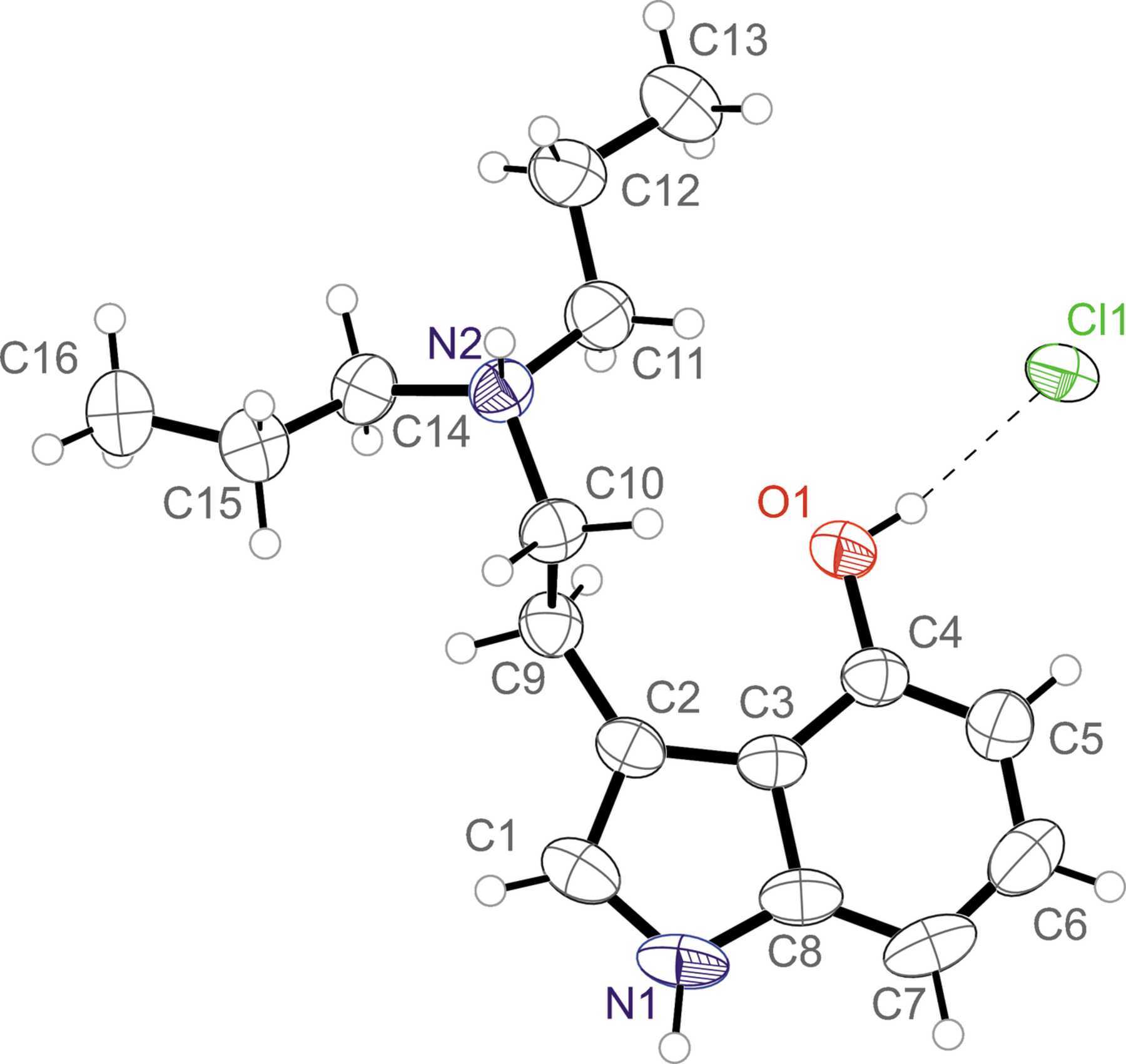 CaaMTech scientists have successfully synthesized and crystallographically characterized deprocin (4-HO-DPT) hydrochloride.  The research was published under the title “The hydrochloride salt of 4-hydroxy-N,N-di-n-propyltryptamine (4-HO-DPT)” in IUCrData, a peer-reviewed publication from the International Union of Crystallography (IUCr). The research builds on CaaMTech’s November 2019 publication of the first structural characterization of deprocin.

Deprocin, also known as 4-HO-DPT, is a structural analog of psilocin, the active metabolite of psilocybin. Psilocybin is the most well-known psychedelic compound present in “magic mushrooms”. Deprocin, not known to exist in nature, was first synthesized by Repke et al. in 1977. Alexander and Ann Shulgin reported the synthesis (and consumption) of 4-HO-DPT in the book TiHKAL, though little scientific research (aside from CaaMTech’s recent work) has been conducted with deprocin since.

Deprocin hydrochloride is one of several psilocin analogs synthesized by CaaMTech as a part of CaaMTech’s collaboration with the Manke Lab at UMass Dartmouth. Access to multiple psilocin analogs offers CaaMTech researchers a numerical advantage over others when selecting the pharmacological profile most appropriate for the treatment of a given indication.  Deprocin hydrochloride will proceed to the DDRU at NIDA IRP where further research will be conducted as a part of CaaMTech’s preclinical drug development program.

“We know that these compounds have similar pharmacology to psilocin, which is an incredible drug,” said Andrew Chadeayne, CaaMTech CEO. “Based on those similarities alone, these are all good candidates for further research and preclinical development. More is better.”

CaaMTech has developed a library of well-characterized tryptamines for development, including deprocin, its salts and crystalline forms.  CaaMTech’s tryptamine library provides an unprecedented and unmatched number of ingredients for the development of next-generation psychedelic-based medicines. Next-generation psychedelic medicines promise to offer healthcare providers a variety of options beyond traditional antidepressants (or potentially, pure psilocybin) to treat some of the world’s most intractable conditions, such as depression, addiction and PTSD.